We're sorry but the candle you have selected is currenty in the process of being purchased or has just recently been purchased.

Please feel free to select another candle or check back in 15 minutes to see if the candle you have selected has been released for purchase.

We're sorry but there are no candles available for lighting.

You have already begun a candle purchase session. If you would like to continue with your current candle choice please click "Continue" otherwise please click "Select Another".

In Memory of
Richard Bruce
Orpin
1940 - 2016
Click above to light a memorial candle.

The lighting of a Memorial Candle not only provides a gesture of sympathy and support to the immediate family during their time of need but also provides the gift of extending the Book of Memories for future generations. 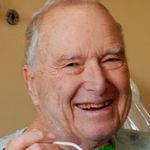 “In His own Words”

In 2006 Richard decided to write down bits about his life. I would like to share some of these thoughts!

I was born May 13, 1940 in Everett, MA. My mother May was a RN. My father, Henry worked at General Electric Plant in Lynn. I grew up in Saugus Massachusetts along with my sister Elizabeth. Saugus is 10 miles north of Boston, but back then it was the country.

I spent the summers in Goose Rock Beach in Maine. The lifeguard made me his assistant – my job during rough seas was to row the lifeboat (A DORY) back and forth outside the breakers. I LOVED IT!

My Uncle Bill was a conductor on the New Haven Railroad. He took me with him once and I rode in the Diesel engine all the way from Boston to New Bedford. That was so special and I still love trains!!

My friend Arnold and I worked on a dairy farm for a few years – shoveling manure, brushing and milking cows, cutting and stacking hay – we did about everything…

I can’t remember when I started to take clarinet lessons. I remember the man telling me the clarinet had all the notes and you just had to press the right keys. That sounded good to me, so clarinet it was!
Made it to the big times in the High School Band, we were one of the finest bands in New England. We played with other bands in Conn, N.Y City, Maine. I became Drum Major in 1958 my senior year.

Off to college – Stockbridge – School of Agriculture at the University of Massachusetts in Amherst. I was taking Animal Science – planned on being a dairy farmer- but I realized the cost of start-up – changed majors to Horticulture.

Got married to Janet Parsons in the spring of1960… We lived in the “Married Dorms” Daughter Susan was born April, 1961 during finals! I graduated 1961. In the spring of 1963 moved to West Hyannis port, Cape Cod. Daughter Jennifer was born in 1964 on the same day as Susan (3yrs apart) on April 12!!
In 1967, I started my own landscape business.

I joined the Cape Cod Symphony and played in the symphony for 14 years, 1970 – 1984… These were wonderful years. I enjoyed playing so much I named our boat SYMPHONY!

In 1980 we bought our sailboat SYMPHONY a Tahiti Ketch. In 1984 we joined the US Coast Guard Auxiliary Cape Cod.

1985 moved to Maine and started my landscape business. We joined Boothbay Harbor Coast Guard Auxiliary – 18 years I served. I got into Alpaca Farming in 1992. Alpacas are the most wonderful animals I have ever dealt with! Bar none!! I was vice-president of the Knox/Lincoln County Farm Bureau of the Maine Farm Bureau.

While teaching a Safe Boating Course for the Coast Guard I met Sharon. “She liked the uniform”! Ha Ha She joined the Coast Guard Auxiliary and also became crew qualified. What wonderful memories we have!

In 2004 we decided to move to Nova Scotia!!! We started moving July 1, 2004. We moved ourselves on the CAT from Bar Harbour, U.S. to Yarmouth N.S. – seven trips. That made the move enjoyable.
It is now 2010, April. I have decided to become a Canadian Citizen. I thought it would be nice to close the circle (as it were) from when my ancestors arrived in Halifax1749! I didn’t mention they came over on the HMS CANNING. Now I feel complete.

Over the last few years I built three (3) wooden boats. An – 11’ Shellback Dinghy, 14’ Grand Banks Dory and a 14’ Babson Island flat bottom sailing /rowing skiff. I get such joy from these projects. I don’t sell these – just for me and my mood as to which one to use.

2015 ~ Well, I became a Canadian Citizen in Dec. 2011. I am happy about that. I continue to row my boat in Stonehurst and enjoy every minute…. Sharon is still volunteering at the Fisheries Museum and I finally got my volunteer name tag.

I love you Richard Orpin and I am missing you….. Sharon


Provide comfort for the family by planting a tree in memory of Richard Bruce Orpin, please visit our Heartfelt Sympathies Store.

This Book of Memories brings those affected by loss together by encouraging communication and self-expression. By giving friends and family a special place to tell their stories and express their feelings of loss, it helps them care for one another during a very difficult time. Click on any of the links to the right to access features or information within this memorial website.