To share your memory on the wall of Paul Ross , sign in using one of the following options:

A receipt has been emailed to the address provided. A receipt may also be printed.

Print
It is with great sadness that the family of Paul Anthony Ross, 59 - Lunenburg announces his passing, on Thursday, January 17, 2019 at home.

Born in Halifax, he was the son of the late John Herbert and Catherine Edna (Prendergast) Ross.<... Read More
It is with great sadness that the family of Paul Anthony Ross, 59 - Lunenburg announces his passing, on Thursday, January 17, 2019 at home.

Born in Halifax, he was the son of the late John Herbert and Catherine Edna (Prendergast) Ross.

After graduating from Dalhousie University, Paul started his working career in the Insurance Industry, spending the last 17 years with Economical Insurance, Dartmouth.

Paul was an avid sailboat racer with the Lunenburg crew onboard Ramage in his earlier years. He participated in many of the Marblehead to Halifax Ocean races, the Newport to Bermuda races and considered a valuable member of the crew. He was keenly interested in the Lunenburg Yacht Club and in particular the Learn to Sail program. He was always willing to lend a helping hand whenever needed. Much of his free time was spent boating on the waters of Mahone Bay.

He was predeceased by his parents, niece, Catherine Betts, and great-nephew, Jeremy Bennett.

In lieu of flowers, memorial donations may be made to Learn to Sail Program at Lunenburg Yacht Club at email: lycmanager@lyc.ns.ca or to a charity of your choice.

Donations are being accepted for: Learn to Sail Program C/0 Lunenburg Yacht Club .

We encourage you to share your most beloved memories of Paul here, so that the family and other loved ones can always see it. You can upload cherished photographs, or share your favorite stories, and can even comment on those shared by others.

Posted Feb 07, 2019 at 01:42pm
Cindy & Family, so sorry to hear of your husband's sudden passing. May your friends and family bring you support at this very difficult time.
Comment Share
Share via:
JM

Posted Jan 31, 2019 at 01:10pm
Cindy & Family:
Our sincere condolences, during this trying time. I have some great memories of being on the water with Paul over the years both racing and cruising. It was only a month ago that we had such a great conversation about his recovery and old times. It just seems that time moves so fast, and in this case it has. Judy & John
Comment Share
Share via:
JM

Posted Jan 29, 2019 at 07:24am
Cindy..I was so sorry to hear of Paul's passing. Although I did not know him personally I always knew from your trip stories,etc that he was a great husband and father. I am thinking of you these days..take care.
Comment Share
Share via:
BB 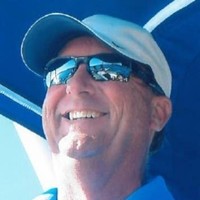 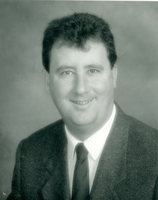