To share your memory on the wall of Capt. Cecil Ritcey, sign in using one of the following options:

Provide comfort for the family of Capt. Cecil Ritcey with a meaningful gesture of sympathy.

Print
It is with great sadness that the family of the late Capt. Cecil Hugh Lemuel Ritcey, 97, of Riverport announces his passing on Friday, April 12, 2019 at the Veteran’s Unit of the Fishermen’s Memorial Hospital, Lunenburg.

Born in Riv... Read More
It is with great sadness that the family of the late Capt. Cecil Hugh Lemuel Ritcey, 97, of Riverport announces his passing on Friday, April 12, 2019 at the Veteran’s Unit of the Fishermen’s Memorial Hospital, Lunenburg.

Born in Riverport, he was the son of the late Capt. Lemuel and Maude (Heckman) Ritcey.

Cecil received his earlier education at the Riverport Community School and at the age of 14 he started delivering supplies at his uncle’s store, Ritcey Bros. He started his seagoing career in 1940 with his father aboard the Coaster MV Vanheim and in 1942 he joined the War with the Royal Canadian Air Force in the Marine Section serving until his discharge as Sergeant in December of 1945.

After the War, in 1946 he went to work with Imperial Oil and his Master Mariner’s career would take him all around the world on various Oil Tankers for Imperial Oil retiring in 1978 as Captain of the super tanker, Imperial Ottawa. He returned to shore where Cecil worked as Safety Pollution Inspection Officer from 1978 till 1986.

Active within his community of Riverport, Cecil was a faithful member of Trinity United Church, Rose Bay where he served on the Board of Stewards, sang in the church choir and supported the work of the church. He was a member of the Riverport Board of Trade, Shepherd’s Hill Cemetery Committee, The Riverport Community Centre; Past Noble Grand and member for over 75 years of the Confidence Lodge # 106 of the IOOF, Riverport and a member of the Royal Canadian Legion Branch # 23, Lunenburg.

Although his life was an active one, he always had time for his family who he cherished greatly and will be sorely missed by so many wonderful friends.

Friends are invited to share their memories of Cecil with his family on Tuesday from 7 to 9 p.m. at the Dana L. Sweeny Funeral Home, 11213 Hwy. # 3, Lunenburg and the Royal Canadian Legion Branch # 23 will hold a legion tribute at 6:45 prior to visitation. Funeral Service to celebrate Cecil’s life will be held Wednesday at 2:00 p.m. at Trinity United Church, Rose Bay, Rev. Heather Ferrier, officiating. Interment will be in Shepherd’s Hill Cemetery, Riverport.

Flowers from the immediate family only, memorial donations may be made to Trinity United Church, the Riverport Community Centre or to the Veteran’s Unit of the Fishermen’s Memorial Hospital, Lunenburg.

Provide comfort for the family by sending flowers

We encourage you to share your most beloved memories of Capt. Cecil here, so that the family and other loved ones can always see it. You can upload cherished photographs, or share your favorite stories, and can even comment on those shared by others.

I was very saddened to read of your dad's passing. We were shipmates on the Owyee in January 1948 and remained friends since then, and visited him last November 11th, 2018 with my son Barry and his wife.
Over the years we met at various meetings and visited each other when I resided in West La Have. I remember sending congratulations from USA when Cecil and Doris were married, which they received just after the wedding.
There are only a few persons we recognize as true and loyal friends, your dad was one of them to me.
On behalf of my lady friend Vivian Sponagle please accept our sincere and deepest sympathy in your great loss. He will be missed by many.
Love
Capt. Earle Wagner

Posted Apr 16, 2019 at 03:12pm
My most sincere condolences to Cecil Ritcey's family. He was a delightful man - engaging and so interesting.
Comment Share
Share via:
RF

Posted Apr 16, 2019 at 08:00am
To the family and friends of Cecil: It dampens my zest for living to realize that Cecil's body has died. So I share your grief. Cecil was the epitome of the best (the glory) of twentieth century Riverport. Its ambiance was infused into his character. Captain Ritcey was a proverbial 'straight arrow' and a 'straight shooter'. “May his memory be for blessing” (i.e. “of blessed memory”).
Comment Share
Share via:
LB

Posted Apr 15, 2019 at 07:31pm
Dear Hughie, Bert, Tommy, Karen and families.....So sorry to hear of your dad's passing. I saw him on a few occasions when he was in the Vet Unit. He was always a very nice man....good childhood memories...
Comment Share
Share via:
PW

Posted Apr 15, 2019 at 07:48am
To The Family
Cecil accomplished many things in his life, I'm sure you all are very proud of him. John was so pleased when he showed for Isabel's 100th. Take Care PEGGY
Comment Share
Share via: 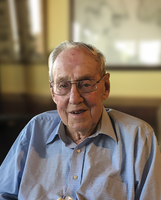 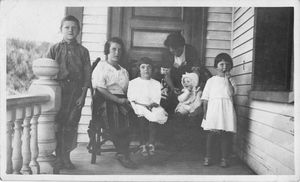 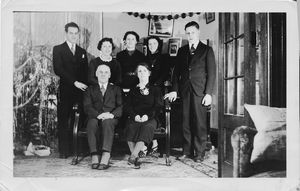 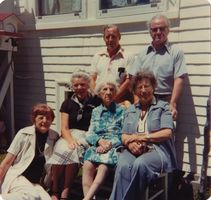