To share your memory on the wall of Shaun Clarke , sign in using one of the following options:

Print
It is with great sadness that we announce the passing of Shaun Richard Clarke on Tuesday, May 5, 2020, at the Fishermen’s Memorial Hospital in Lunenburg, Nova Scotia.

Shaun was born in Cape Breton on July 18, 1957. The fifth of seven c... Read More
It is with great sadness that we announce the passing of Shaun Richard Clarke on Tuesday, May 5, 2020, at the Fishermen’s Memorial Hospital in Lunenburg, Nova Scotia.

Shaun was born in Cape Breton on July 18, 1957. The fifth of seven children, including six boys and one girl, Shaun developed his kind, engaging personality at a young age and quickly began winning hearts.

Shaun enjoyed the outdoors, with a particular passion for the beach and his ongoing work to perfect his backyard in Lunenburg. Shaun also enjoyed local art and had taken an interest in crafting wooden whales, which he proudly displayed and distributed to friends and family. His annual Christmas wreath delivery will surely be missed.

Shaun had a remarkable career and will be remembered fondly for his lifelong commitment to the film industry in Nova Scotia. Some of his proudest works included his involvement on productions ‘The Lighthouse’, ‘Titanic’, ‘The Healer’, ‘Trailer Park Boys’, ‘Mr. D’, and ‘This Hour Has 22 Minutes’. Shaun’s most cherished legacy will be his two daughters, Jean and Grace, whom he loved very much and was extremely proud of.

Shaun was predeceased by his parents Yvonne and Douglas Clarke, and brothers Barry and Jeff.

Shaun’s family would like to thank Dr. John Jenkins for all of the care he provided during Shaun’s illness.

In lieu of flowers, donations may be made to the South Shore Health Palliative Care Services, Fishermen’s Memorial Hospital in Lunenburg. A celebration of Shaun’s life will be planned for a later date.

Print
A Celebration of Shaun's life be planned for a later date.

We encourage you to share your most beloved memories of Shaun here, so that the family and other loved ones can always see it. You can upload cherished photographs, or share your favorite stories, and can even comment on those shared by others.

Posted May 12, 2020 at 07:47am
Dear Jane and girls, sending my Condolences to you all. sorry for your loss. Thinking of you all. Lovely photos of your family.

Posted May 12, 2020 at 06:23am
Dear Jane and Family - Please accept my sincere condolences and prayers on the passing of your husband, Shaun.
Comment Share
Share via:
AH

Posted May 11, 2020 at 10:51pm
Thanks for being a great friend Shaun. It was always a great surprise to see you. And it is a sad surprise you had to go. God speed Shaun. God speed.
Comment Share
Share via: 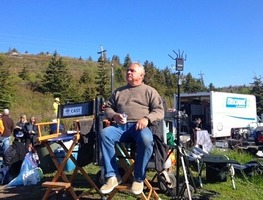 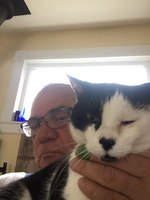 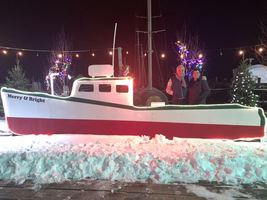