To share your memory on the wall of Dr. Harold Pearse , sign in using one of the following options:

Provide comfort for the family by sending flowers or planting a tree in memory of Dr. Harold Pearse

Provide comfort for the family by sending flowers or planting a tree in memory of Dr. Harold Pearse

Early in the morning of March 28, 2020, Harold Pearse of Lunenburg, Nova Scotia was released from a short and intense battle with cancer.

Early in the morning of March 28, 2020, Harold Pearse of Lunenburg, Nova Scotia was released from a short and intense battle with cancer.

Born in Comox, British Columbia to Harold and Margaret (Crockett) Pearse in October 1942. Harold’s life journey took him from coast to coast. A graduate of the University of British Columbia, he began his career as an art educator at Richmond High School, before moving to Montreal for graduate school at Sir George Williams University (now Concordia University). From there he moved to Halifax to teach in the Art Education Department of the Nova Scotia College of Art and Design, where he spent 30 years as an art education professor, department chair and Associate Dean. During this time, he earned his PHD from Dalhousie University and maintained an active studio practice. For the fifteen years he then spent in Edmonton, he taught in the Education, Fine Arts and Extension Facilities and was thrilled that relief from administration responsibilities afforded him more time for his studio practice and to be involved in various arts community projects.

Since retiring to Lunenburg in 2015, Harold continued to teach in various capacities, continue his studio work and become involve in the community, most notably as Chair of the Folk Harbour Festival and its acquisition of the Lunenburg Opera House. Most rewarding for him was the chance to find a whole community of friends, fellow artists, readers, and solvers of the world’s problems over Friday lunch. “It didn’t take long to see how fine, how gentle, how public service minded, and how deeply cultivated a person Harold has been. He has clearly led a profoundly sensitive and civilized life.” (Men’s reading group member).

Dr. Pearse’s legacy to art and education is felt across the country and internationally through the work of the many art teachers and scholars he has inspired, his scholarly work as a researcher, writer, editor and presenter, but mostly through the joy and commitment he felt when working with students from pre- school through to seniors, new artists to graduate students. His commitment to art making, both his own and that of others was the core of his being

“Harry was such a vital, creative, generative and steady force in the world. He was wise and kind, and oh so creative and his scholarship, amazing. He will always remain one of my favourite art educators. “Dr. Rita Irwin

Harold is survived by his wife, Virginia Stephen; son, Lukas (Melissa Andrew) of Halifax and his ‘Grands’, Zella and Lila, of whom he was immensely proud; brothers, Ken (Chris) of Victoria and Doug (Kathy) of Comox; nieces, Amanda, Kati and Kristin and nephew, Daniel and their families. He also leaves for former wife, Linda Hodgins of Dartmouth. And, of course his four-legged family members and subjects of his daily drawing practice, Sophie and Frannie.

Cremation has taken place and a celebration of life will be held in Lunenburg at a later date.


Donations in Harold’s name may be made to Canadian Society for Education Through Art, The Lunenburg Opera House Fund of the Lunenburg Folk Harbour Society, or Elderdog.

Print
Cremation has taken place and a celebration of life will be held in Lunenburg at a later date.

Donations are being accepted for:
Canadian Society for Education Through Art Lunenburg Opera House Fund

We encourage you to share your most beloved memories of Dr. Harold here, so that the family and other loved ones can always see it. You can upload cherished photographs, or share your favorite stories, and can even comment on those shared by others.

The passing of Harold Pearse has been very saddening. After steering the Lunenburg Folk Harbour Society, with others, to purchase the Lunenburg Opera House and then beyond that to retire the building’s mortgages, he barely had time to enjoy the challenges that had been overcome.

I came to know Harold after he joined a group of curmudgeons, rascals and gentlemen in the Friday lunch group called the Knot Wise Guys. He fit in well with the latter group. Then, he asked to join an all male South Shore book club with a retired doctor, dentist, professor and others. He had to fight to get his views into the spirited conversations but often brought interesting point of views that will be missed. Lastly, I served as Harold’s assistant for a SCANS drawing course he gave to Chester area seniors. I was amazed to learn upon returning materials to his studio that he had supplies ready for his next day’s art class with Bridgewater kindergarten children.

I’m not sure if other renaissance men like Leonardo and Michelangelo taught that wide a spectrum but Harold did. And that was special. I wish him well with his next students wherever they are. And I hope banjos are playing.

Posted Apr 06, 2020 at 01:45pm
Dear Virginia,
Through a Facebook post from Pam Patterson, I learned of Harold's death. Please accept my sincere condolences on your loss. I remember the NAEA conference, New York City, 2001, when a group of us (CAGE members and Harold) enjoyed some great jazz at Birdland. I hope you have strength and support at this difficult time.

Posted Apr 03, 2020 at 04:27pm
I barely knew Harold Pearse but I was at the Town Council meeting on March 10 when he made a most excellent presentation on behalf of the Folk Harbour Society and we chatted a bit afterward. It was therefore with great disbelief that I read of his death less than three weeks later. He was obviously making a significant contribution to Lunenburg and will be greatly missed. My most sincere condolences to his family.
Comment Share
Share via:
TG

I met Harold Pearse in the late 1980s when I enrolled at NSCAD to secure a Master’s degree in Art Education. Harold was one of my professors who helped me to refine my ideas about art education and set an example of teaching excellence. He was kind, personable, encouraging, intelligent and insightful, and provided valuable feedback and guidance as one of my advisers for my Master’s thesis. When I was researching my thesis subject -- the relationship between art and ecology, and in particular the philosophy and theory of holism, he gave me the gift of a little pocket book titled “The Lives of a Cell”, a collection of essays by Lewis Thomas that examine the wondrous world of hidden relationships and complex interdependence of all things. I’ve hung on to that little book, which I find to be more relevant today than when it was first published in the 1970s.

I was aware of Harold’s special gifts as both a writer and visual artist when I was one of his students. I had seen some of his fine drawings and pointillist paintings, but didn’t know the full extent of his longstanding preoccupation with the iconic Mountie image until I visited him in the mid-1990s. Along with numerous drawings and paintings of Mounties, I was astonished by his massive collection of popular culture Mountie novelties, souvenirs and memorabilia. At that time, in my capacity as director and chief curator at Confederation Centre Art Gallery, I had been exploring ideas and curating exhibitions about Canadian identity as reflected in the production and consumption of national symbols found in both popular culture and the visual arts. I ended up driving a truckload of Harold’s Mountie art and personal collection of Mountie stuff -- plastic figures, ashtrays, china, postcards, keychains, comic books, pocket knives, T-shirts, bookmarks, photographs, Nova Scotia folk art, and so on -- to Charlottetown for presentation in the popular exhibition “The Mounties: The Harold Pearse Collection”. At the time, I asked him where his obsession with Mounties came from. Why Mounties? He said he wanted to be a Mountie when he was a kid, that he liked the whole package – the red tunic, the horse and dog, the noble qualities of bravery, honesty, steadfastness and loyalty, etc., and that he wore a Mountie costume when he played dress up. The funny thing is that ever since that exhibition, whenever I see a Mountie or an image of a Mountie, I don’t think of “Peace, Order and Good Government”, I think of Harold Pearse. Rest in Peace Harold. You maintained the right! 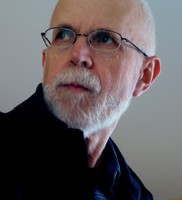 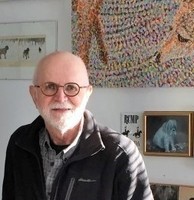 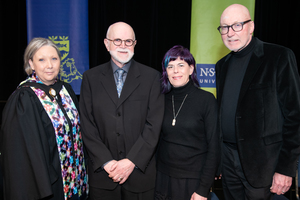